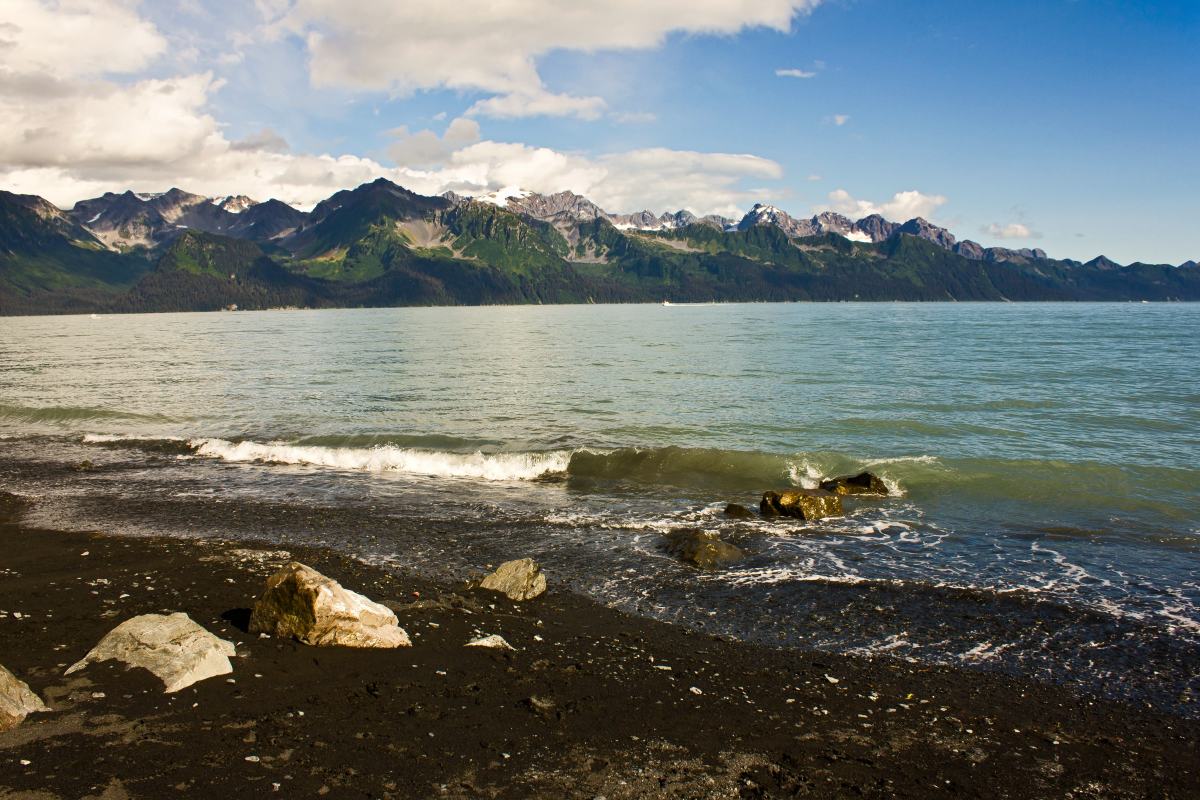 Trips to Alaska can be a bit of a roll of the dice when it comes to the weather. During our two visits the the largest state in the union we have been fairly lucky, with only two days of hard, cold rain, a couple days with some showers mixed in, and the other days nice and sunny. Not everyone is so fortunate. This photo was taken in Seward just before beginning an evening kayak trip in Resurrection Bay. The sun was shining, the sky was for the most part cloud free, and the mountain peaks across the bay had just a touch of snow on their peaks, even in mid-August. Being our first full day in Alaska, it seemed so normal, the scenery so beautiful that it should always look like this. Except it doesn’t. Not at all. On the kayak tour with us was a couple who had moved to Seward two weeks earlier. This was their first day in Seward that it didn’t rain. The first time they had seen the sun the entire time they had been there. The first time the mountains across the bay weren’t hidden in the fog. As the old saying goes, sometimes it is better to be lucky than good. When it comes to weather, this is certainly the case.